We were cautioned by a study article to not equate intelligence with academic success. Rates and the outcomes of achievement tests were found to be more indicative of future success than IQ alone. The results of the study demonstrated that one’s character traits, not intelligence, are the primary determinant of financial success.

In a statistical analysis, conscientiousness was found to be the most significant predictor of successful financial outcomes.

Now, the question becomes, “What exactly is conscientiousness?” As defined by the English Oxford Dictionary, the term “desire to do one’s work or duty well and thoroughly” means exactly that.

It is also synonymous with words like fastidious, attentive, careful, studious, rigorous, hard-working, and perseverant.

Curiosity was the third characteristic that impacted one’s financial success.

Empathy is a major key to a high IQ, and it produces curiosity as its byproduct.

The most compelling arguments against the premise that “Financial success has no relation with innate intelligence” are as follows.

Seeking perfection is one of the most significant barriers to achievement, but many intelligent people mistake it for a sign of intelligence and devotion.

Because of their intense desire to avoid failure, those who suffer from perfectionism often find themselves unable to take any risks at all.

They are stuck in an endless cycle of trying to improve upon their work to the point that they never finish anything.

Those who strive for perfection are notoriously critical of their own efforts and never seem to be content.

Understanding that blunders are inevitable and that we are all human is crucial in overcoming a tendency toward perfectionism.

Smart people often place a high value on their intelligence, which might weaken their resolve and cause them to withdraw from social situations.

To build self-respect, you need to be able to work with others who are more creative or smart than you are, to receive constructive criticism, and to take risks, even if they fail. A Smart person might even go to great lengths to avoid situations where he feels out of his depth or at a disadvantage.

The tendency to overthink is another negative trait shared by many bright people.

This occurs when one overthinks a situation to the extent where making a choice becomes impossible. This may ring a bell because they tend to overanalyze problems and never actually fix them.

How often have you delayed action because you wanted one more piece of information before making a call?

Now, I will provide you numerous solutions to quit this tendency.

First, push yourself to take any action, even if it isn’t the best one; you won’t be making the right choice at first, but you’ll learn that flawed action taken quickly is better than perfect action taken slowly.

To lessen the complexity and get to work on it more quickly, step two is to try to simplify the problem so that it can be more easily analyzed.

Reclusiveness
It’s not uncommon for bright folks to prefer their own company.

Being an introvert is perfectly normal and nothing to feel ashamed about.

As well as being a socially undesirable trait, reclusiveness is a surefire recipe for financial failure.

This can prevent people from meeting new people and expanding their professional and business networks.

It can prevent people from interacting with others, which might hinder their social and professional development.

What I Want You to Take Away
Of course, there are geniuses who have turned their brilliance into wealth, such as “Elon Musk” and “Steve Jobs,” but they are a lot rarer than you may imagine. As a result, it is not always rational that:

Your chances of monetary success increase with your level of intelligence. 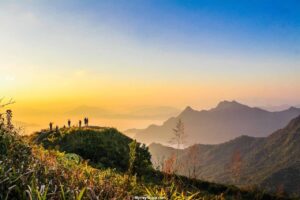 Creative skills that are essential for a professional career 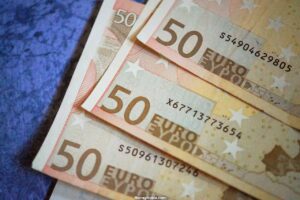 Jobs That Are Easy and Well Paid 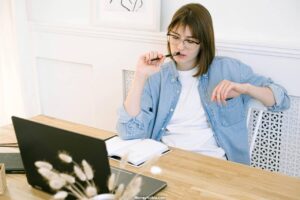 What Kind of Money Personality Are You?