Getting out of debt is a challenge for everyone, but it becomes exponentially more difficult when one has limited financial resources. You can get out of debt even if you’re broke, but only if you make some serious adjustments to your spending habits. The burden of debt makes it more harder to become financially independent. Microcredit Summit estimates that there are 189 million Americans who use credit cards and that 55 percent of them have credit card debt. Another area of debt that has been on the rise over the past decade is student loans. A staggering 44.2% of all adults in the United States are now carrying student loan debt.

It’s already difficult to get things done without piling on the debt bandwagon, and the advent of COVID-19 as a worldwide epidemic just compounds the problem. There has been a recent uptick in the number of people fretting over how to begin the process of being financially independent by eliminating their debt. Eliminating debt is a long and difficult process that demands dedication and determination.

Some suggestions for speedy debt repayment are below.

Make a larger payment than required.

That old adage, “the more, the merrier,” come to mind? And the same idea works for paying off debt. You should aim to pay $200 or more per month instead of the minimum of $100. If you can afford to pay more toward your debt each month, you can reduce it much more quickly. By adding a few cents to your usual monthly payment, you may put more money toward the principle of your loan.

Keep in mind that certain lenders will automatically apply the extra payment to the prepayment penalty rather than the principal. First, you should make sure that your financial institution allows principal-only payments.

Start by paying off the lowest debts.

The debt snowball approach is ideal if you are the type of person who is encouraged by incremental progress toward debt elimination. By doing so, you may pay off the lowest obligations while still making the minimum payments on the larger ones. Once you’ve paid off the lower loan, you may focus on the next, larger debt.

There is a psychological benefit to triumph over adversity. In this situation, you get a similar feeling after each “victory” thanks to the “snowball effect.” When the smaller debts are paid off, you’ll have more disposable income to put toward the larger ones. Revolving credit, the majority of which consists of credit cards, is ideally suited to this method of debt repayment.

If you are determined to get out from under your debts as quickly as possible, you should review your budget. Limiting your spending as much as possible may mean giving up some comforts, but it will speed you on the path to financial independence. You should stop doing the things you’ve put on your “avoid” list, such as going out to restaurants and paying for TV. Using cash for purchases rather than a credit card might help you become more conscious of your spending habits.

Keeping tabs on your income and spending may be made much easier with a well-thought-out budget. More of your hard-earned money should be allocated toward paying off debt when on a tight budget. Consult a professional if you need assistance adjusting your budget. You’ll have more disposable income with which to deal with debt.

Selling things you don’t use.

Most of us have random items strewn around our houses with no apparent place to go. To help pay down bills, sell any household items you don’t really need. The advantages of being debt-free much outweigh the little inconvenience of having a less-than-perfect home decor scheme.

A garage sale is a tried-and-true method of selling your old products without the need for a business license or the associated costs. People passing by or reacting to posters and fliers are potential customers for a casual event like this. There are several online venues where you may sell your wares, including websites, Facebook groups, and eBay.

Take on some side jobs.

If you’re trying to get out of debt, picking up some extra work might really help you accelerate the process. All people are apt at or skilled in certain things. The ability to mow lawns, babysit, and clean may all be turned into lucrative careers. The sheer number of individuals in need of these basic amenities is evident just by taking a look around your own area.

If you have excellent skills in areas such as content creation, web design, and digital marketing, freelancing online may be an option for you. Social networking and job boards are great places to locate customers. Make use of your social network to find new clients who might benefit from your services.

Try to get a pay increase.

When you think your manager should know that you deserve a raise, you have nothing to lose by telling them. Find out what a typical wage is for your position by looking it up online or asking about before you approach your boss with a request for a raise. If you are well-respected at work, you have a better chance of receiving that promotion.

Bringing up your goals in a chat with your manager might enhance the probability of receiving praise. Rather of having to reduce your current monthly spending to pay off debt, the additional income will allow you to do so without having to do so.

Refrain from incurring any more debt.

Stopping your practice of borrowing money won’t help you get out of debt, but it will keep you from falling deeper into it. When you accumulate debt over a long period of time, it becomes increasingly difficult to make serious headway in paying it off.

If you want to get a handle on your finances, you need to deal with the credit cards cluttering your wallet. If you don’t want to borrow money using your credit card, a simple remark like “Don’t use me!” will help. Put the cards in a safe place, or put a hold on using them until you’re sure you won’t be tempted to take out further loans.

If you’re having trouble making ends meet because of debt, it’s possible that your persistent state of anxiety is discouraging potential sources of revenue. If you put these suggestions into practice, you may expect to gain financial independence in a relatively short period of time. You only need a good plan that also helps your health. If you’re able to get your finances in order, you won’t have to use every single cent you make to pay off your debts. 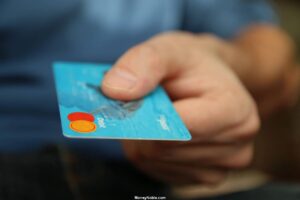 How to Pay Off Your Credit Card Debt