A stock exchange is a market where stockbrokers and traders may buy and sell assets such as stocks, mutual funds and exchange-traded funds, bonds, derivatives, and so on. There are 60 stock exchanges in the world, with thousands of listed firms on the majority of them.

Almost all of these stock exchanges are run online. These exchanges provide the framework required by various businesses throughout the world to allow the general public to invest in them. Stock markets list companies from agriculture to information technology.

Because stock markets are so important in the global economy, size does matter. Today we will look at the world’s major stock markets.

You may have heard of several stock exchanges located throughout the world, but only a handful are well-known in the global industry.

Stock markets are important in the global economy because they allow firms to obtain cash by issuing shares and bonds to investors for corporate development, working capital requirements, capital expenditure, and other purposes.

This blog will cover the top ten largest stock exchanges in the world by market capitalization.

A Basic Overview of Stock Markets

Before we get into the primary issue of understanding the most significant and largest stock markets in the world, let us first define a stock market, also known as a stock exchange.

What exactly is a stock exchange?

The stock exchange, often known as the share market, is an institution that allows individuals and businesses to purchase and sell shares. Securities include stock shares, bonds issued by a firm or government, and various financial instruments traded on a public exchange.

Stock exchanges admit designated stockbrokers and members who serve as middlemen in the purchase and sale of securities. The stock exchange verifies compliance with fair trading principles as well as compliance with transaction activity. Stock markets have many indexes that serve as a barometer of the economy’s health.

All stock exchanges are now electronic marketplaces. When buyers and sellers place their respective orders for execution, the market price of the company’s underlying shares and different commodities such as oil, gold, copper, and so on is decided by the market’s demand and supply condition.

The Netherlands, Europe’s oldest and first stock exchange, was established more than 400 years ago. Dutch East India shares were traded on the market.

The basic function of a stock exchange is to guarantee enough market liquidity. The greater the size of the stock exchange, the better for all stakeholders.

Are you aware that North Korea, Afghanistan, and Cuba are among the few countries without a stock exchange?

The globe has around 60 main stock exchanges.

Based on market capitalization statistics supplied by the World Federation of Exchanges as of 2022, we have developed a list of the world’s ten largest stock exchanges.

With a market value of 24.49 trillion dollars as of January 2021, the New York Stock Exchange is the largest in the world. The exchange is located at 11 Wall Street in New York City’s Lower Manhattan. The NYSE is one of the oldest stock exchanges, having been established in 1792. As of 2022, the total market capitalization of all NYSE-listed businesses is around $26.64 trillion.

The typical daily trading volume is between 2 and 6 billion shares. The NYSE is the only stock exchange in the United States that allows significant dealers to trade on the floor.

The NYSE allows you to trade exchange-traded funds (ETFs), equities, bonds, and a variety of other financial products.

The NYSE Composite Index, NYSE U.S. 100 Index, Dow Jones Industrial Average, and S&P 500 Index are some of the indexes used to assess the success of trades conducted on the NYSE on a given day.

The NASDAQ, which stands for National Association of Securities Dealers Automated Quotations, is the world’s second-largest stock market.

NASDAQ’s headquarters are located at 151 West 42nd Street in New York City. NASDAQ was founded in 1971. It is the world’s first electronically traded stock exchange, with a total market valuation of $23.46 trillion.

Every month, over 3000 stocks are listed on NASDAQ, with an average trading value of $1.26 trillion. This exchange is home to major technology businesses like Microsoft, Google, Facebook, Tesla, Amazon, and Apple. Companies listed on the NASDAQ account for 9% of the global market capitalization.

The NASDAQ stock market has no companies listed from the oil and gas industry or utility sector, which is surprising given that the exchange is more oriented toward the technology, healthcare, and consumer services industries.

The NASDAQ has attracted a lot of attention recently, dating back to the late 1990s, during the dot-com boom. With developments in technology and development for the United States and the rest of the world, it continues to pique the interest of market participants.

Euronext, often regarded as the greatest stock market in Europe, is the world’s fourth biggest stock exchange, with headquarters in Amsterdam, the Netherlands.

Euronext’s platform is home to over 1300 firms with a combined market capitalization of more than $7.33 trillion.

It was established on September 22, 2000, and now has a market value of $4.88 trillion. Its headquarters are in Amsterdam, the Netherlands. Procter & Gamble, LVMH, Royal Dutch Shell, Merck & Co., and L’Oreal are the top five firms listed on EURONEXT in terms of market capitalization.

The AEX-INDEX, PSI-20, and CAC 40 are its benchmark indexes. The average monthly volume is roughly $174 billion. EURONEXT stands for European New Exchange Technology. It is a pan-European stock exchange, making it the largest and most liquid stock exchange in Europe, as well as the seventh-largest in the world.

The Shanghai Stock Market, located in Shanghai, China, is the third-largest stock exchange in the world and the largest in Asia. It was established in 1866, but it was suspended in 1949 owing to the Chinese revolution, and its present foundations were constructed in 1990.

SSE’s platform now hosts over 1450 public limited businesses with a total market valuation of over $7.63 trillion.

SSE differs from its rivals, the NYSE and NASDAQ, in that market authorities enforce circuit breakers to reduce price volatility. When there is bad news or uncertainty, the Chinese government has the authority to halt trade for the day.

With a market capitalization of 6.5 trillion dollars, the Shanghai Stock Exchange is the largest in the world’s most populous country, China, and it is one of the three largest stock exchanges in the world.

The Shanghai Stock Platform, which opened on November 26, 1990, has over 1500 companies listed on it, and the SSE Composite Index is used to evaluate the exchange’s overall mood.

The Shanghai Stock Exchange is home to many large-cap stocks, including PetroChina, the Industrial and Commercial Bank of China, and the Agriculture Bank of China.

The Tokyo Stock Market, often known as Tosho, is the world’s fifth-biggest stock exchange and is situated in Tokyo, Japan. TSE was founded in 1878.

TSE has about 3500 firms listed, with a total market value of more than $6.795 trillion. The Nikkei 225 is a benchmark index comprised of 225 Japanese corporate giants such as Honda, Toyota, Suzuki, Sony, Mitsubishi, and others.

You will be surprised to learn that TSE ceased all activities for four years following World War II. TSE members can trade derivatives, global equities, bonds, and other securities.

TSE employs over 1000 people and is well recognized for delivering trade compliance and market surveillance.

The Hong Kong Stock Exchange, created in 1891, is rated sixth among the world’s major stock markets.

The Hang Seng Index is the HKSE benchmark index. There are 1200 total debt securities and over 2300 firms listed on the HKSE, with over half of them coming from mainland China.

The overall market capitalization of all HKSE-listed equities exceeds $6.13 trillion. With HSCEI futures, the HKSE produces a daily trading volume of more than 1 million derivatives contracts.

In 2017, the HKSE made the switch from physical trading to electronic trading. The HKSE is home to several large corporate giants like HSBC Holdings, AIA, Tencent Holdings, China Mobile, and others.

Hong Kong is one of the most important financial hubs in the world. People working in the financial business can find an all-encompassing and high-quality financial environment in Hong Kong. As a result, it has attracted a large number of international market participants.

The Hong Kong Exchange, founded on February 3, 1891, is the world’s fourth-biggest and Asia’s second-largest stock exchange, with a market value of USD 6.48 trillion.

The Hong Kong Exchange is home to around 2000 firms. The largest is AIA and Tencent Holdings.

Shenzhen is the world’s sixth-largest stock exchange. Shenzhen has around 1400 firms listed on its platform, with a total market capitalization of $5.74 trillion.

The majority of the firms listed on this exchange are Chinese, and all dealings are in Yuan currency. Because the majority of the listed businesses are situated in China, the Chinese government has complete right to halt trading for the day if there is any negative news or incident affecting equities.

For investors and traders in China, there are two types of shares available:

a) A-shares, which are exchanged in the native currency Yuan

b) B-shares, which are traded in US dollars and are available to overseas investors.

According to the Futures Industry Association (FIA), a derivatives trade association, the National Stock Exchange will be the world’s largest derivatives exchange in 2021 based on the volume of contracts exchanged.

Mumbai-based NSE was established in 1992 as India’s first dematerialized electronic exchange. The overall market capitalization of the NSE is more than US$3.77 trillion. It is the world’s tenth-largest stock market. The National Stock Exchange (NSE) is one of two stock exchanges in India. The other, and older, is the Bombay Stock Exchange (BSE).

The London Stock Exchange is home to roughly 3000 businesses with a combined market value of more than USD 4.05 trillion.

The London Stock Exchange Group (LSEG) is a London-based stock exchange and financial information provider. It owns Refinitiv, LSEG Technology, and FTSE Russell, as well as controlling ownership in LCH and Tradeweb.

The LSEG, which is located in the heart of the world’s financial hub, has over 1300 businesses listed on it, giving it a market value of $3.67 trillion. Barclays, British Petroleum, Toyota Motors, Unilever, HSBC, and AstraZeneca are among the major firms listed on the LSEG.

The LSE is home to several well-known British corporations, including Barclays, British Petroleum, Vodafone, and GlaxoSmithKline.

Canada is home to the world’s tenth-largest stock market, the TMX Group, which is based in Toronto. The TMX Group controls both the Toronto Stock Exchange (TSX), which services the senior equity markets (mid-cap and large-cap businesses are listed here) and the TSX Venture Exchange (TSXV), which serves the public venture equity market (small-cap companies are listed here). It has a $2.5 trillion market capitalization.

The TSX has around 1,500 firms listed, whereas the TSXV has approximately 1,600 companies listed. Fortis, CGI, National Bank of Canada, Franco-Nevada, and Rogers are among the major corporations listed on the TSX.

I hope you enjoyed this post about the world’s ten largest stock exchanges! Please leave your thoughts in the comments. 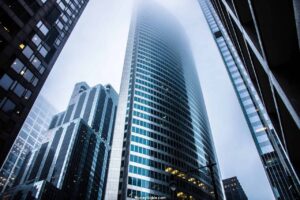 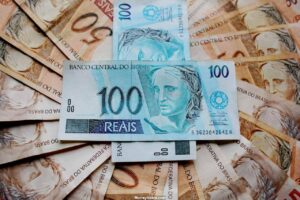